How to house train a puppy within two weeks

A few months ago, I got a new puppy and he’s so sweet and easy going. His name is Colonel Stuttgart Vom Hausberg and he’s from a champion bloodline. I’m pretty sure you have already come to the conclusion that Colonel is a German Shepherd based upon his name. Yes, he is in fact a German Shepherd and his doggy parents are Kristi and Nadoulf Vom Hausberg.  Colonel came to me already house trained and he was trained to use a doggy door, as well.

However, my little Chihuahua, Oliver, who  I have owned for about 6 years  did not come to me trained in anything but charm.  In fact, he was a rescue puppy from a small pet store in New York.  Usually my family pets come directly from breeders; however, that was not the case for little Oliver—him so cute.

My children  saw him in the mall and they only wanted little Oliver for Christmas.  I knew this was serious because that meant my son who loves all things gaming was about to give up his long list of Xbox games and my daughter was parting ways with American girl dolls. This was serious because my children were not usually this passionate about owning a dog.

Whereas, their Dad and I are the ones who are more welcoming to bringing a dog home based on our childhoods. My husband and I both have loved and owned dogs since we were children. Long story short, my husband and I surprised our children with little Oliver for Christmas and my children  named him Oliver Ramon Cortez.  They had received Oliver as a bonus gift along with all the other things they had asked for. However, little Oliver was the gift that kept on giving.  He taught my children how to be responsible when it came to picking up their toys  and taking Oliver to the backdoor, in order for him to go potty outside.

Before we brought Oliver home we purchased a kennel & crate in accordance with his size and where it gave him some space for him to grow into it. Next, we bought a dog bed for his current size and put it in the family room.  I recommend that you keep an eye on your puppies growth in order to determine when you need to purchase a larger dog crate, kennel, and bed.   When we brought Oliver home we had to consider where we would take him to eliminate waste.   For instance, take him outside in the backyard, take him on walks with doggy bags,  and/or purchase a grassy dog litter box(e.g. Fresh Patch).  My children liked the idea of taking him outside in the backyard for that. I spent time recording how often he appeared to have the urge to eliminate waste to keep him from eliminating waste throughout the house.

When Oliver would use the potty in his designated area which was in the fenced backyard—we gave him praise.  We continued this process for about two weeks and walked him to the same cleaned area in our backyard to eliminate waste.  Even though his waste had been discarded, he could still smell his scent on the yard.  I would take my puppy out every twenty minutes while he was awake, and if he started to whine and sniff around often.  After cleaning up a few accidents, you would stay pretty consistent with this. Trust me.

Here’s what I have suggested to family and friends, if you don’t have a fenced in backyard, purchase a doggy grassy litter box online from Fresh patch (no affiliation) and put it in your garage and/or bathroom. I even suggested building one and put it on your balcony and there are some really cool DIY projects out there online on how to make this. After your puppy uses the fresh patch or nicely designed 3×3 grass and dirt area that one has built—give them praise.  If you want to be fancy like us,  we would happily say “outside” each time our puppy had eliminated waste. And to this day, Oliver and now Colonel knows it means literally outside. Colonel has an automatic water dish that has water flowing in it constantly and he likes that water dish more than the one inside. I think it’s  because he knocks it over and water keeps on flowing in the dish.  When my dog Colonel wants to drink from his dish outside, he sits by the door.  As soon as I noticed him and  I said “outside” he began to get excited and he does the same thing for going on walks. Yes, Colonel knows how to communicate that he wants to drink water from his outside dish by sitting at the door.  Oliver on the other hand starts to constantly make Jedi eye contact with you. He will come up to you and sit right in front of you and just stare at you.   And if you didn’t  notice the first time, he would reposition himself in front of you  until you say, “outside” and he gets really excited after you say it.  This doesn’t mean every time he acts this way that he wants to eliminate waste—it could be that he heard another dog outside barking and wants to investigate.  As for Colonel it might mean that he wants to follow Oliver’s lead and drink his fresh water that flows constantly outside and/or  run around outside with Oliver barking at air. But one thing for sure they know that outside means outside and that is where they utilize the potty and connect with others outside our home.

The moral of the story is if you give praise and stay consistent it will work out for you and your new puppy will be house trained and communicating with you.  Research states that dogs have the ability of learning words.  Some other words to acquaint going puppy potty with would be handle your business and give praise by saying good girl or good boy. You have just introduced seven words to your dog: good boy, good girl, handle your business, and yay.  Smile. If you are wondering, how to tell if your dog has to eliminate waste use the rule of thumb.  When they wake up from sleeping in their crate they will need to go outside immediately.  Within 15 – 20 minutes after drinking water or eating they will need to go outside and if they start sniffing around uncontrollably they most likely have to eliminate waste or they are just being a dog. Staying consistent with this will reap a great reward for you and your dog will be trained to eliminate waste in the designated area you selected for them.  Not to mention, it would become habit for them. If you don’t house train them then they will develop a bad habit by eliminating waste anywhere to include in their beds.

Another important key is when you are using the word outside, potty, and handle your business try to use a happy tone and ensure that your pitch is firm and remain mellow.  The new word enters their memory bank and it will help you figure out quickly if their sniffing around the house is  related to going outside and/or if they are just being curious.  Those methods worked for us through trial and error.   With that being said, I am not a dog behavioral specialist and I would suggest consulting with a veterinarian to determine the best method for your dog and be sure to get your puppies vaccinated. “A righteous man has kind regard for the life of his animal…” Proverbs 12:10
‭‭Happy dog training! Thanks for stopping by. Peace & Blessings! 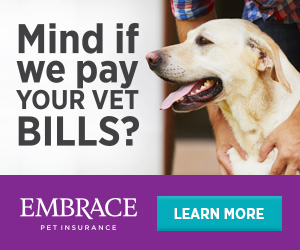 Bible Verse of the Day

Do not let any unwholesome talk come out of your mouths, but only what is helpful for building others up according to their needs, that it may benefit those who listen.
Ephesians 4:29